From stranded refugee to slave

With the many refugees coming to Norway, the risk of becoming a victim of human trafficking is getting higher and higher. This risk is totally overlooked.
23. Oktober 2015 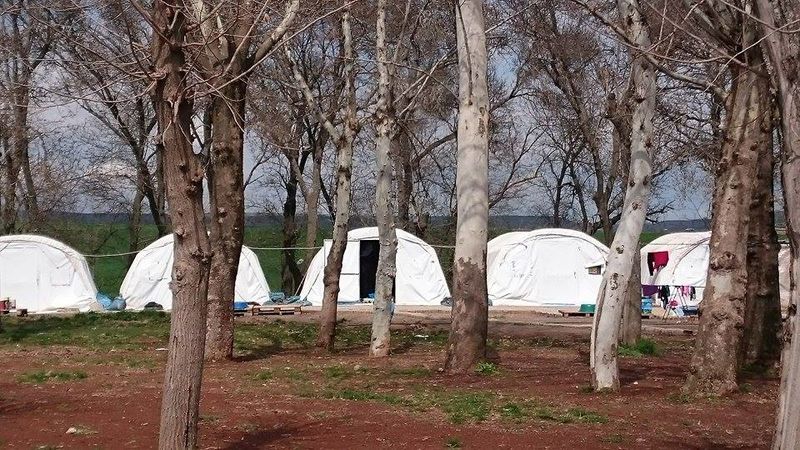 A crisis is the perfect situation for human traffickers to choose their victims. Often they choose the most vulnerable woman, children and men as their target to exploit. This is a serious crime that needs our attention, as people, as organisation’s and as a country.

Now, we have a crisis - a refugee crisis - where many people are on the move looking for safety and protection. We see a big responds to this. People make their homes available, hand out sleeping bags and other essentials. Governments finally take more action. The news is on it. It touches us.

Norway so far is taking in an estimated number of 10.885 refugees. This number has probably already been changed and it will change as Norway is responding to the need. The tragic point is that the risk of human trafficking, in this particular time, is huge and that this risk is overlooked.

The need for protection of mobile people groups is enormous. We have to be aware of the risk that these people carry with them, that of being exploited and abused. There is the risk of exploitation of people in prostitution, but also in other areas, such as the agricultural and horticultural sectors and within domestic service, construction and more. Not long ago someone was convicted for the exploitation of street newspaper vendors in the Netherlands. Human traffic and exploitation are everywhere and these criminals are getting more and more creative.

There are between 21 million and 36 million slaves worldwide the organization free the slaves estimates. Human trafficking may be in fact the fastest growing criminal industry in the world. The United Nations reported long ago that it was the third most lucrative illegal trade, surpassed only by drugs and weapon trading.

Everyone remembers that picture of the little boy washed ashore, lifeless. Does anyone remember the picture of that girl that was enslaved when she was 4 years old and died of malnourishment? Or that man that couldn’t see his family for over 22 years because he was held against his will on a fishing boat? The crisis of slavery is a daily one. And we still don’t seem to take it too seriously because it is too far away from us. At least that is what we think.

In 2010 I went to Haiti, about five months after the earthquake, which was a natural disaster and a crisis situation. The country was a mess. The roads, the homes, everything was broken. Not only buildings but also people were broken. Families separated, parents left, children lost. Here I witnessed with my own eyes what a crisis situation can do to people and to criminals. People are desperate. They would trust anyone to help them, to give them a life and future. They would go as far as sending their children with strangers just to find a safe place for them. The same will be the case in any other country in any other crisis, like now in Norway. I am by no means comparing the two countries. I just believe that people are the same anywhere when it comes to our basic needs of safety and protection. We have to be aware of this dilemma.

According to The International Organisation of Migration (IOM) there is a big need for sensitization and awareness, especially within the humanitarian organisations that come into action when a crisis like this occurs. The need to be alert on the risks of human trafficking is important, before, while, and after a crisis. So why is this huge issue overlooked then? First of all: due to the terminology. Trafficking in Persons is defined in the Palermo Protocol (2000) but the word exploitation is not specially defined under international law.

So what makes a person exploited then? This is a difficult question to answer if we are not given the exact meaning. Another reason why this is overlooked is that police forces, humanitarian organisations and people in general lack training and knowledge on this specific issue. There is hardly any prevention material on human trafficking available for the migrating community. In short, we don’t know enough about it and don’t know what to offer.

A quick telephone call to “Utlendingsdirektoratet” (Norwegian government), this week revealed what I feared was the case: They are doing nothing specific to prevent the possibility of refugees being or becoming victims of human traffickers. Neither do they work to raise awareness on the potential of such crime happening to other branches of government or the NGO-sector. Utlendingsdirektoratet adviced me to get in touch with a governmental project that works against forced prostitution in Oslo, which only has two employees. This is a great project, they are doing what they can, which with this amount of resources means that they cannot focus on this specific situation. They referred me back to Utlendingsdirektoratet. In other words: it is back and forth and in the end someone needs to take the responsibility to make the refugees aware of the danger that lies ahead.

The government and humanitarian organisations urgently need to be aware of the need for protection of this vulnerable people group, especially in a time like this. There should be a big awareness campaign to share the risks with the arriving refugees. The communes need to be trained to start looking at how they can prevent this crime from happening in their surroundings, to the people they welcome.

With the development of specific prevention material a lot of lives can hopefully be saved from becoming a trafficking victim. It is an urgent matter to take action. The responsibility lies not with Utlendingsdirektoratet or other projects alone. In this situation the government needs to find an immediate solution. If this does not happen, a new wave of slave trade will make its way through Norway.